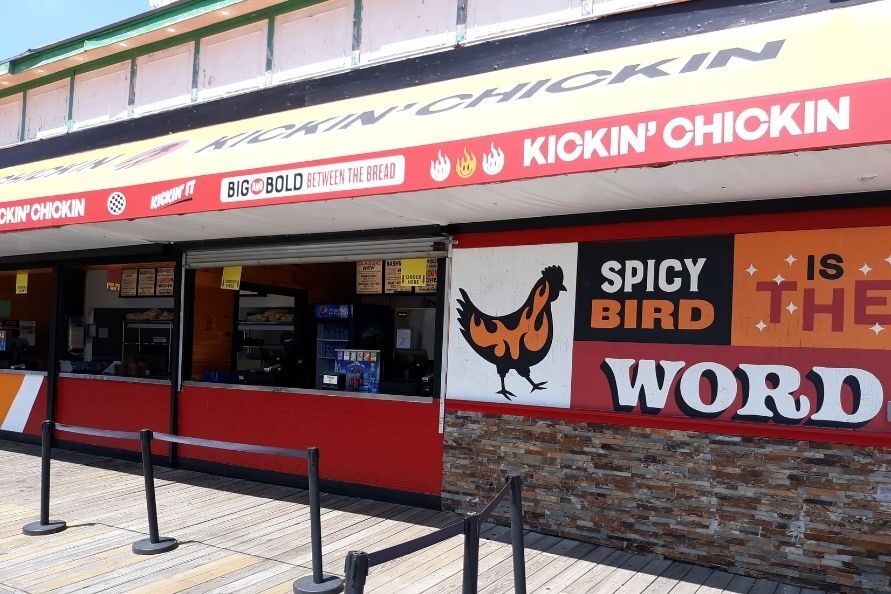 RYE, N.Y., July 8, 2022— CulinArt has debuted a handful of new concessions at Playland Park, in Rye, N.Y., as the nearly century-old National Historic Landmark enters a new era of providing fun and entertainment to its local community.

All existing food stands got a facelift—some minor, others more intense—as the whole park undergoes an extensive renovation and upgrade (rides included). New food options for 2022 include:

Smash ’n Shake, a grill concept that replaced Nathan’s Famous near the park’s main entrance. CulinArt has also purchased a food truck adorned with the Smash ’n Shake graphics that will be positioned where needed.

Cocina Fresca, an adaptation of a long-time CulinArt micro concept, which resides in a former popcorn stand.

Famous for its Boardwalk, appearance in movies such as “Big” starring Tom Hanks, family-oriented experiences, and beachside atmosphere, Playland Park is also a major catering and special event destination venue within the CulinArt portfolio.

CulinArt has been the exclusive provider of concessions and catering at Playland since 1999 and has guided the park’s hospitality offerings through trends that have come and gone, weather events (such as hurricanes) that have impacted attendance, and public discussion of the park’s future as a county government–owned facility.

Through it all, CulinArt has supported generations of park-goers with the foods they love as well as businesses and organizations staging company events and celebrations—not to mention numerous weddings, bar/bat mitzvahs, and other events celebrating life’s achievements and milestones.

For more than 20 years, CulinArt has served a variety of foods at Playland including popular snacks such as popcorn, cotton candy, nachos, burritos, hot pretzels, funnel cake, and slushes; branded concepts such as Carvel Ice Cream, Dippin’ Dots, Nathan’s Hot Dogs, and Popeye’s Louisiana Kitchen; the Pizza Village, which added calzones this year; and beer and soft drinks.

Quick-serve brands were part of the offering when CulinArt first operated at Playland more than 20 years ago, and today’s move away from them reflects consumer demand. “Food is part of the experience,” says Lou Vogt, vice president of leisure and logistics for CulinArt, who has overseen the Playland operations all along. “Customers are more educated about food and want a better experience and product, which is the industry trend.”